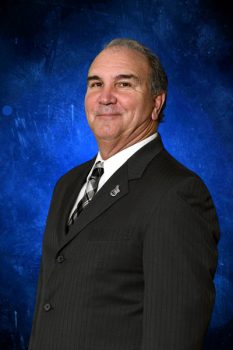 “In today’s activist environment it is imperative our police officers know their rights. Our job as police union officials is to protect those rights.” Those are the words of Michael (Mike) DeFilippis, the Port Authority PBA’s second vice president. Protecting the membership is what Mike has been doing for 33 years of continuous service to the PBA, winning his first election as a delegate in 1985. He then went on to represent the PBA membership as a Trustee, Sergeant-at-Arms, Recording Secretary and, currently, Second Vice President. Mike is also the Port Authority Police Department’s senior police officer with an appointment date of October 20, 1980. During his career Mike has been assigned to the Lincoln Tunnel, Central Police Pool, Holland Tunnel, World Trade Center and the George Washington Bridge Commands. Mike, who is a member of the PBA negotiating team, has received certifications in labor relations and employment law from Cornell University, Rutgers University and the Labor Relations Information System. He is married with two daughters and a son who serves as a police officer in Northern New Jersey.