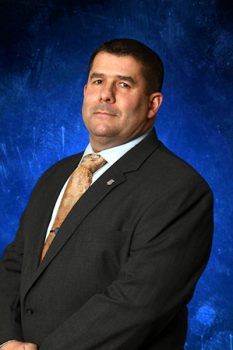 Police Officer Steve Ekizian has served the membership of the Port Authority Police Benevolent Association as Treasurer since 2016. The experience that brought Steve to his current position includes his first PBA position in 2002 as a delegate in the JFK Airport Command. His dedication to the membership led him to also serve as a Trustee, the Sergeant-at-Arms and Recording Secretary. Steve is also a member of the Negotiating Committee. Keenly aware of the difficulties facing organized labor, Steve says, “The attacks on organized labor are unwarranted but real. We have to stay united and bargain collectively, otherwise we will be taken apart piece by piece.”