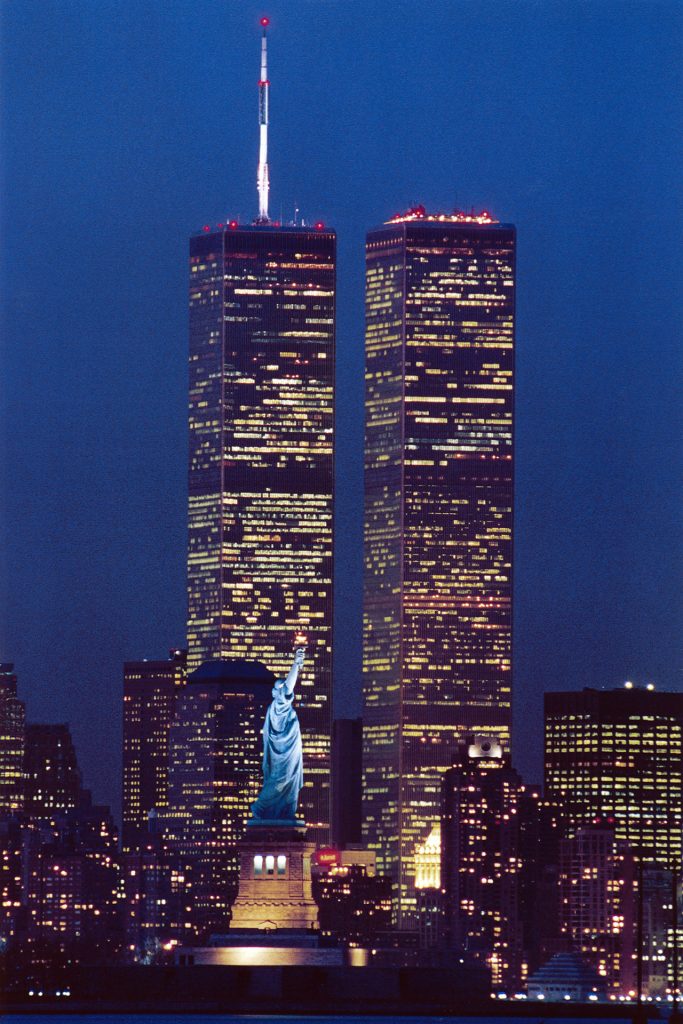 Since the first shovel of dirt was removed from the earth in 1966 to build the original World Trade Center, the Port Authority Police Department’s World Trade Center Command has provided police services to the sprawling WTC complex. As the complex grew from groundbreaking to the first tenants moving into the North Tower during December 1970 and the South Tower occupancy beginning in January 1972, it became apparent the World Trade Center complex was becoming a community unto itself requiring all the law enforcement services of the PAPD. The PAPD, with a history of policing facilities that present difficult law enforcement challenges, such as providing services to more than 400 companies and their workforces located in the World Trade Center and the millions of WTC tourists and visitors, was perfectly situated for the task.

The World Trade Center notoriety also brought with it many high-profile publicity stunts like the August 7, 1974 high wire walk between both towers by French aerial artist Philippe Petit or the climb up the facade of 2 World Trade Center, the South Tower, on May 26, 1977 by George Willig, also known as “The Human Fly” and “The Spiderman.”

Sadly, The World Trade Center has also been the sight of unthinkable death and destruction. On February 13, 1975, an arsonist started a fire on the 11th floor of the North Tower that spread to six additional floors; a true Towering Inferno.

On September 11, 2001, terrorists highjacked commercial aircraft and flew two into the towers of the World Trade Center killing approximately 3,000 people and destroying the World Trade Center. In that attack, 37 Port Authority police officers were killed in the line of duty performing the greatest rescue in our nation’s history. On that date the PAPD suffered the greatest loss of life by a police department in a single incident in the history of American law enforcement.

Two terror attacks at the World Trade Center, thirty-seven fallen Port Authority police officers, two destroyed police stations lead our enemies to wonder why we are still there. The answer is simple, “We Are Not Leaving!”