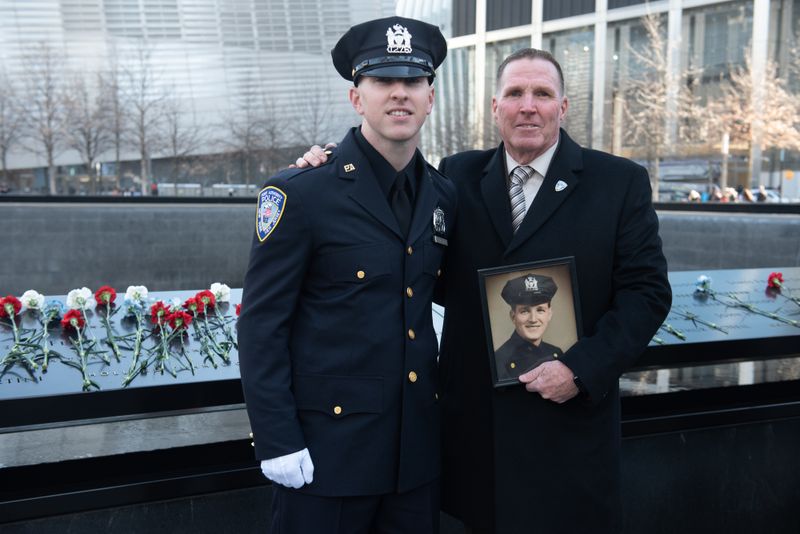 When rookie Port Authority Police Officer Bryan Donovan’s badge was pinned on his chest for the first time Thursday, the numbers — 1276 — were very familiar.

The digits have been in the Donovan family for two generations.

“It’s the same number,” Bryan’s father retired PAPD officer Patrick Donovan said, his tears welling up with pride as he held a picture of his father, Patrick Donovan Sr., looking sharp in his crisp blue uniform. “I couldn’t be more proud.”

Police Officer Bryan Donovan is one of five “legacy” Port Authority Police Department academy graduates, meaning their parents did or do protect the some of the city’s busiest bridges, tunnels and transportation hubs including JFK and LaGuardia Airports and the Port Authority Bus Terminal.