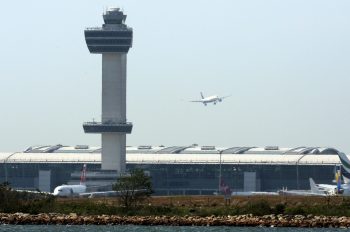 A 24-year-old Long Island man flying to Florida on his way to drug rehab overdosed on the plane, forcing an emergency return to a Kennedy Airport terminal, officials said Thursday. The victim, a resident of Bethpage, overdosed on heroin and anxiety pills on the plane about 10:30 p.m. Wednesday. 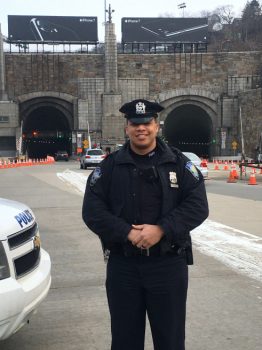 Port Authority Police Officer Dana Fuller was on patrol at the Lincoln Tunnel in December 2015 when the Hoboken Police Department called requesting assistance with a car accident involving a deaf person. The Hoboken officers had been met with silence, but Fuller’s arrival put the victim at ease and helped defuse the situation, because the two men shared the same language — Signing. 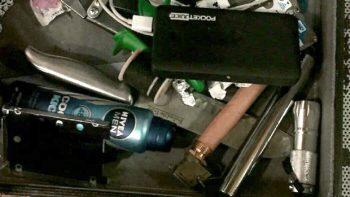 A Jersey City man was arrested in connection with a suspicious device found at the Port Authority Bus Terminal. It all started around 5 p.m. Wednesday when authorities examined an unattended suitcase inside a deli in the terminal.

A gun-toting Texan caught outside the Port Authority Bus Terminal told cops he came to New York to kill himself — but he had enough hollow-point ammo to do the deed 115 times, sources said. Amos Stowers, 30, was acting suspiciously with a second man on W. 41st St. and at 4:30 p.m. Monday, sources said. He caught the eye of a Port Authority cop in a nearby security booth, and when the officer opened the booth’s window to hear what the two were talking about, he caught the scent of marijuana wafting through the air. 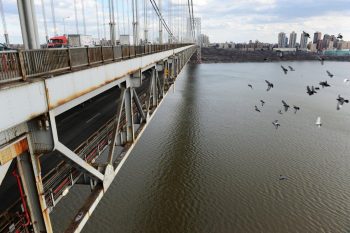 New marching orders given to suicide prevention cops who patrol the George Washington Bridge forbid them from grabbing people trying to jump from the span. The Port Authority Police Department directive, some officers say, could present cops with a soul-searching dilemma: Defy the order and save would-be jumpers — or potentially let them die. 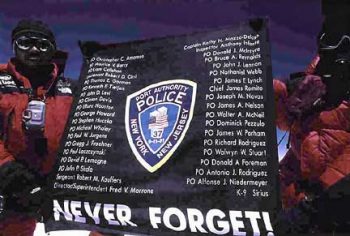